Do you have a debtor? Place an order with us.

All you need to do is fill in the fields below and we will provide you with a quote for our services.

Do you have any questions? Write… 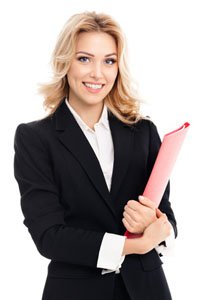 China has been in the center of interest of European entrepreneurs since many years. Chinese market is interesting not only in the matter of export but also when it comes to import. Depending on the company’s needs, there are multiple possibilities to join forces with Asian partner. Whilst trading cooperation with a foreign company, there is always a risk of late payment or non-payment. What then? How to solve the dispute of an European entity with a Chinese one, having in mind that they both work in different legal systems?

In China, there is the socialistic system, realized under the authority of a people’s democratic dictatorship, led by working class. Codified law system is used there, which means that jurisdiction is subordinated to the political entity of a specific level and a higher instance courts. In Poland, for example, the leading system is defined as parliamentary republic, therefore the principles of a democratic system are realized here.

One country, two systems, it is a doctrine of People’s Republic of China, created by Deng Xiaoping in the 1930s, which premise is to let the regions with capitalistic system work on the territory of China. This doctrine assumes that after uniting the country, Taiwan would keep its political, legal, military, economic and financial system, including cultural and trading agreements and a guarantee of selected law in the matter of international relationships. The creator of the doctrine did not define in the document any option to gain the aforementioned status by the regions already being a part of People’s Republic of China.

According to the doctrine’s assumptions, Hongkong will be incorporated into the People’s Republic of China in 2047 and Makau in 2049. Currently these countries are defined as Special Administrative Regions, fully sovereign in the financial, legal aspect and internal politics matter. Autonomic constitution and separate currency system is applied there. Government in Beijing handles only the matters of defense and foreign affairs.

Where to settle the dispute?

In case of cross-border agreement, the disputes can be referred to an amicable debt collection, where it is best to engage a debt recovery company dealing with international debt collection. The agent will be collecting the debt in cooperation with a Chinese subcontractor, who is knowledgeable about local regulations.

Disputable matters can be settled in one of the following resorts:

The decision on choosing a form of settling the dispute should depend on individual circumstances. It should be remembered, that foreign courts and arbitration are possible when it comes to agreements, which include a foreign constituent. Aforementioned regulations may be acceptable to use only when they concern legal disputes in China, and the subject of the dispute is one of the following:

Execution of decision of a foreign arbitral tribunal in China is a commonly applied method. The basis for such an action is New York Convention.

It is worth to know that judgements of foreign common laws are, in most cases, unenforceable in China. Major part of local courts does not have proper experience in the field of application of regulations, as a result they might find verification of a foreign indicated law as impossible, which entitles to use Chinese law, regardless of prior arrangements.

Cooperation with a Chinese partner is a huge opportunity to explore new market and it is an alternative to decrease production costs. It is important to be familiar with binding regulations and their enforcement. Before commencing business in China, it is worth to consult with international receivables specialist. On the Polish market there are few companies having a proven experience in the matter of securing contracts with Chinese entities and recovering debts from Chinese debtors.

Changes in EULEO 11 steps to quick and effective money recovery Recommendation from Polish Credit Management Association to EULEO Long weekend 11.06 – 14.06 Around the world in 20 seconds with EULEO Debt Collection 2019 – another successful year for EULEO Group

Asian countriesEULEO GroupEuropean countries
This site uses cookies to provide services at the highest level. Further use of the site means that you agree to their use.consent